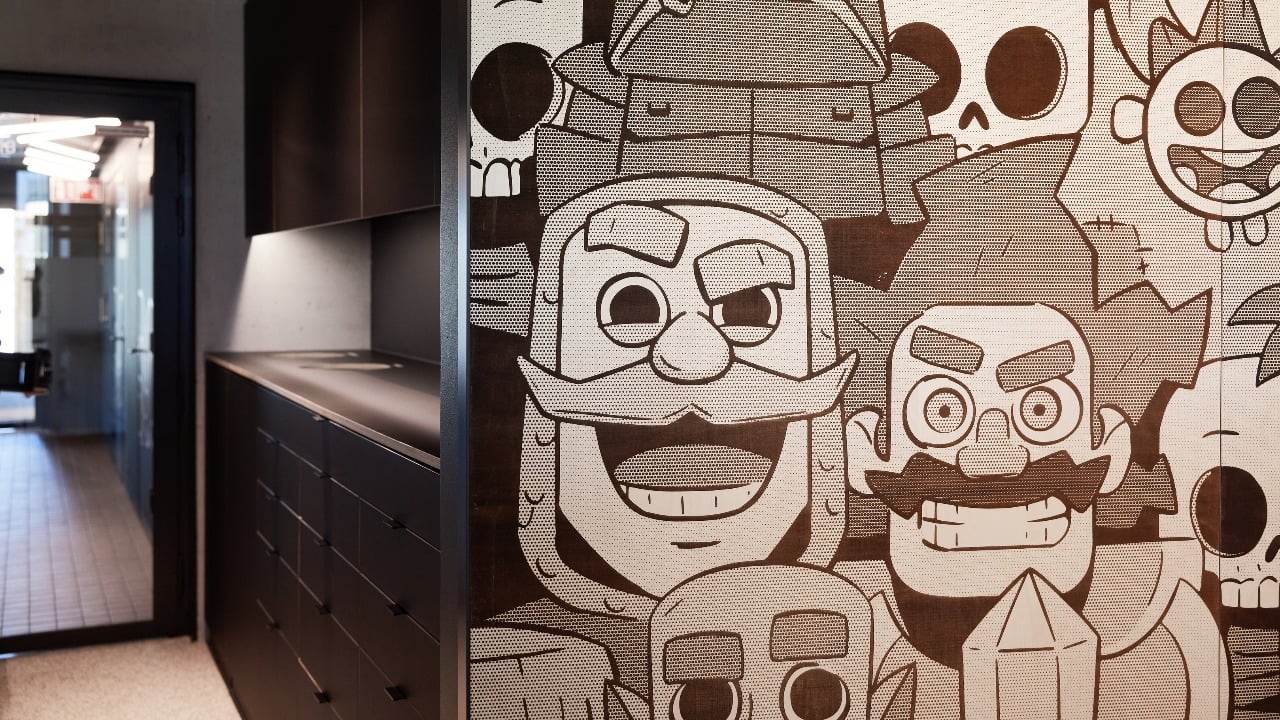 The new head office of Supercell in the Wood City quarter of the Jätkäsaari district of Helsinki is a truly eye-catching building. Hidden beneath the striking wood-clad exterior faces, we can find an even more astonishing interior cladding that is akin to a work of art, featuring Supercell's characters coming to life.

The architect and designer are always responsible for the appearance and atmosphere of the space."

Works of art made from multiple panels 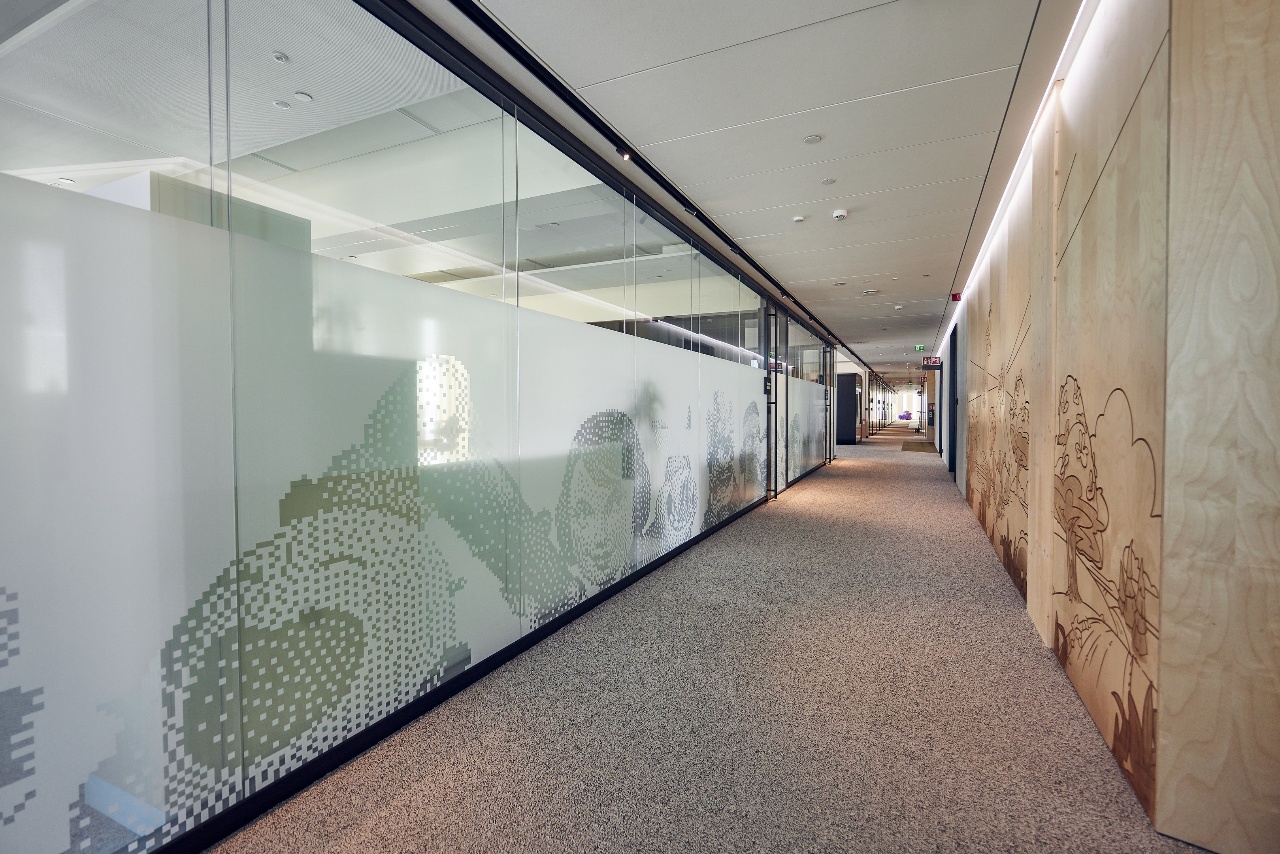 Supercell's fun characters are shown on their adventures in familiar environments throughout the office building. Photograph: Pasi Salminen 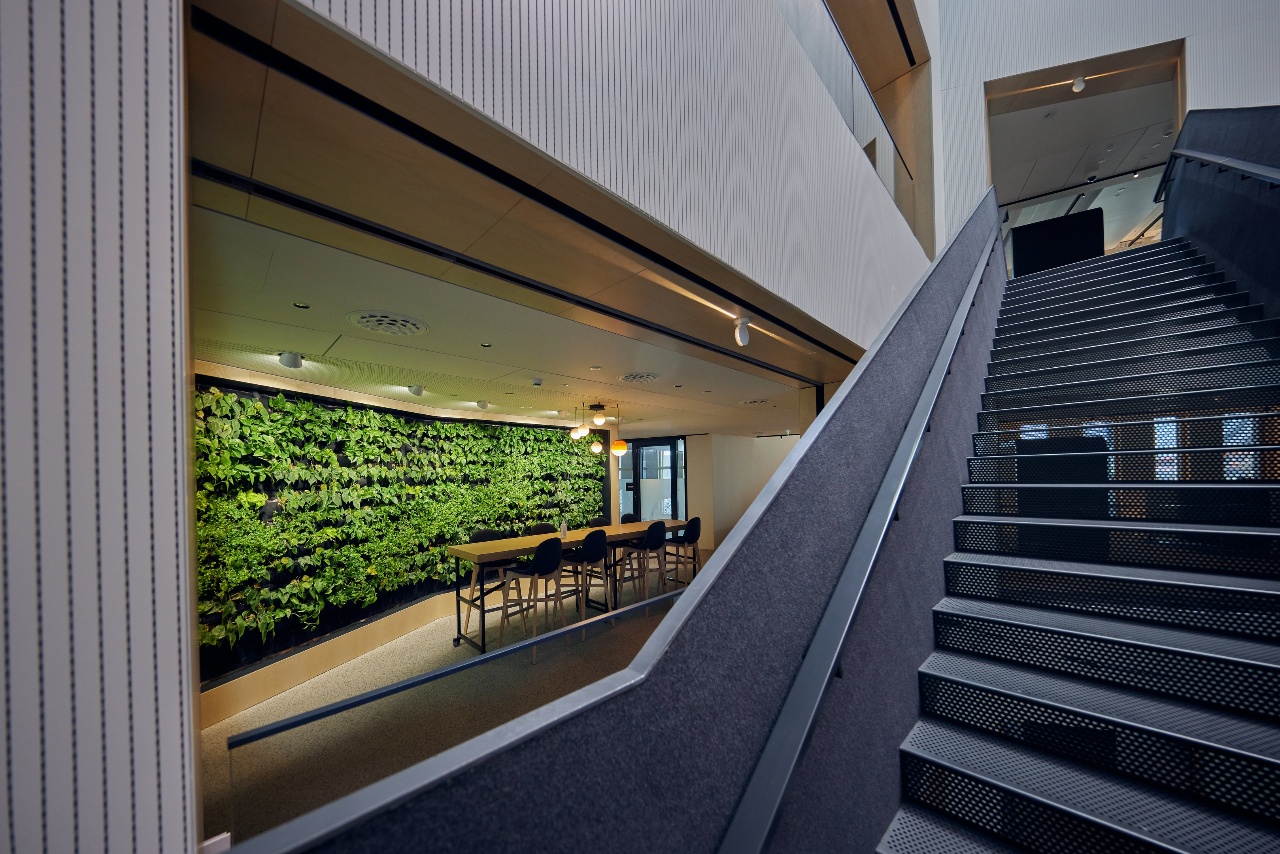 Game characters have been etched onto the boards using a laser. A single work of art is comprised of multiple panels.

“In total, we produced dozens of square meters of the panels with graphics,” says Kari Hallman, Managing Director at Puucomp. "The produced work is also a true display of skill by our specialists: if any measurement was out by even a single millimeter, the end result would not be perfect."

We knew that we were creating the headquarters of world-class creative professionals, and thus wanted to ensure that our work was at the same level. " 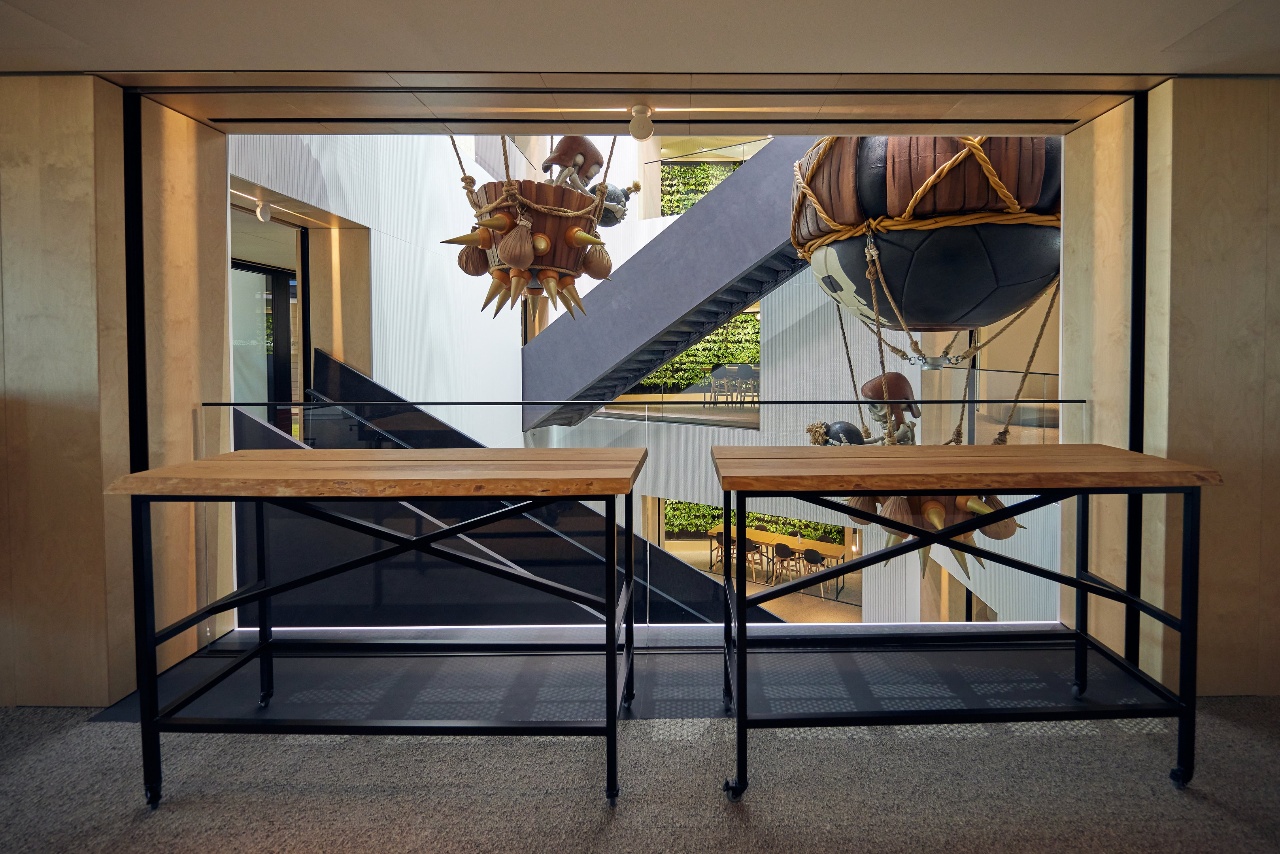 The designed appearance and atmosphere come to life

“The architect and designer are always responsible for the appearance and atmosphere of the space,” Hallman reminds.

Hallman sees Puucomp’s role in projects such as the Supercell head office as supporting the designer by finding suitable structural solutions and materials. When Puucomp receives drawings from the architect, they are processed into physical products, such as panels, surface treatments, and installation solutions. In the Supercell project, the characters were executed in accordance with the architect’s wishes and attached to the walls using indistinguishable concealed brackets. The end result is a carefully considered assembly that feels organic and consistent. The designed appearance and atmosphere appear to come alive. To reach this result, everything had to work perfectly together: the panels, their technical design, as well as the installation and quality.

“We knew that we were creating the headquarters of world-class creative professionals, and thus wanted to ensure that our work was at the same level,” Hallman says 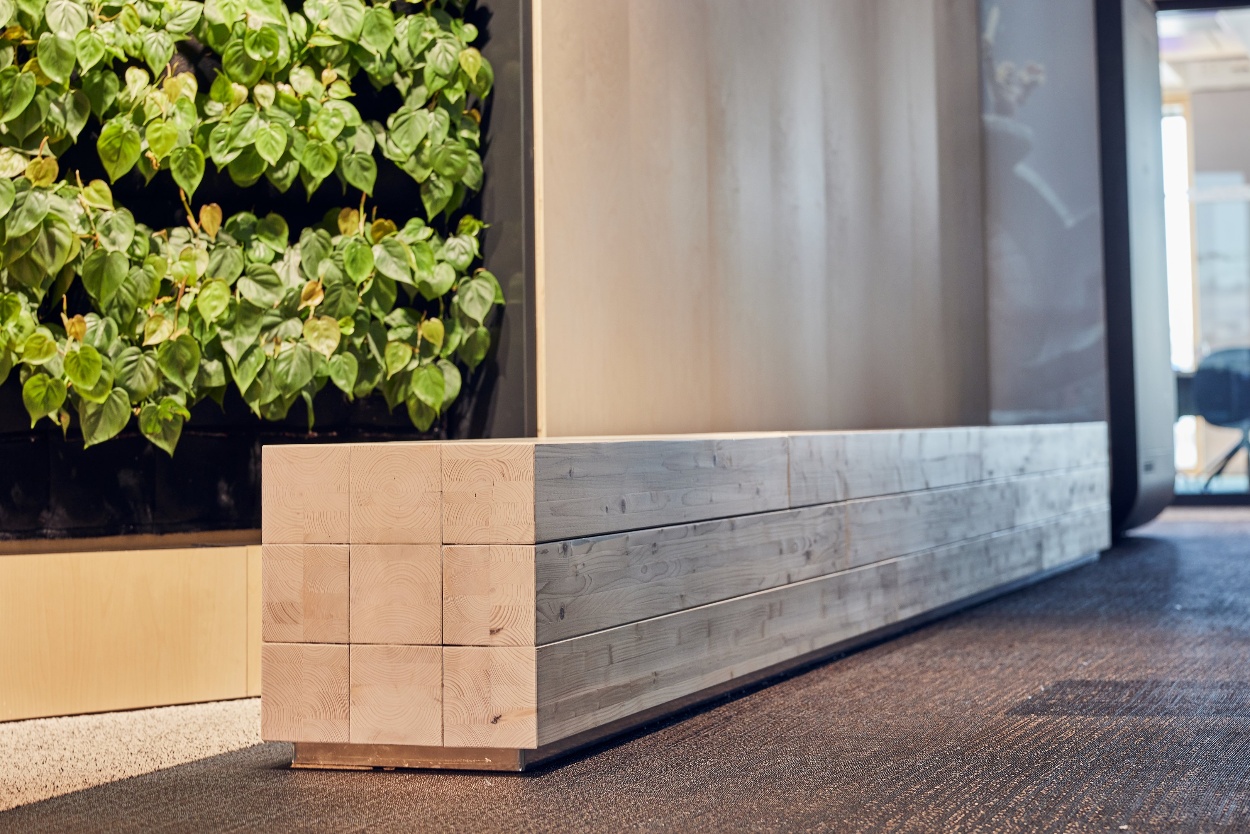 Supercell’s people were present at the site, to both direct and engage in discussions throughout the process. Hallman says that the atmosphere at the site was great the whole time. As people from the company were part of the process, we could ensure that the result was just right. The Puucomp panels were fitted by Sisärakenne Isomäki Oy.

Are you working on a project that requires product development or solutions to multiple challenges? At Puucomp we also take on challenges that have never been tackled before – contact us and we can craft the perfect solution for your designs together.

With Puucomp's advanced surface solutions, you can bring the authentic feel of wood to public spaces - in a fire-safe way. You are free to come up with ideas - we will find a high-quality solution for you. Oy Puucomp Ab - Nordic manufacturer and pioneer of surface materials since 1987. We also implement solutions that have never been done before.