Turning a railway station into an acoustically pleasing meeting place

Today, the new Pasila station in Helsinki is the second-largest railway station in Finland, and in a few years, it will likely become the largest one due to new railway arrangements and the vast number of construction projects in the vicinity. The station is already open for passage round the clock.

Versatile use of lath elements

Stations often function as thoroughfares filled with rushing people. In the design of the new Pasila station, the objective was to lessen the sense of temporariness by including cafés, services, and shops on different levels and the use of wooden lathing. To balance off the white walls in the open entrance hall and departure lounge, consistent oak veneer lathing elements were installed onto the walls in between shops and on the second floor (officially the 5th floor) of the building. Warm-colored ArborLine wood lathing has been used in the space in various ways:

The space was designed by Sweco Architects Oy. The new, transparent ArborLine lath elements were developed specifically for the space together with Hanna Suomi, the architect for the project, and Karo Kymäläinen from Hermann's Finland Oy. The lathing is a visible element of the interior of the new Pasila station. The ArborLine lath elements cover approximately 450 m2 of the wall surface at the station.

Station next to a shopping center

Pasila station connects directly to the Mall of Tripla located next door, which means that, in its way, the station acts as a gate to Tripla from the east. The shopping center appears to have spread into the station, where busy passers-by can quickly purchase products and services they might need. 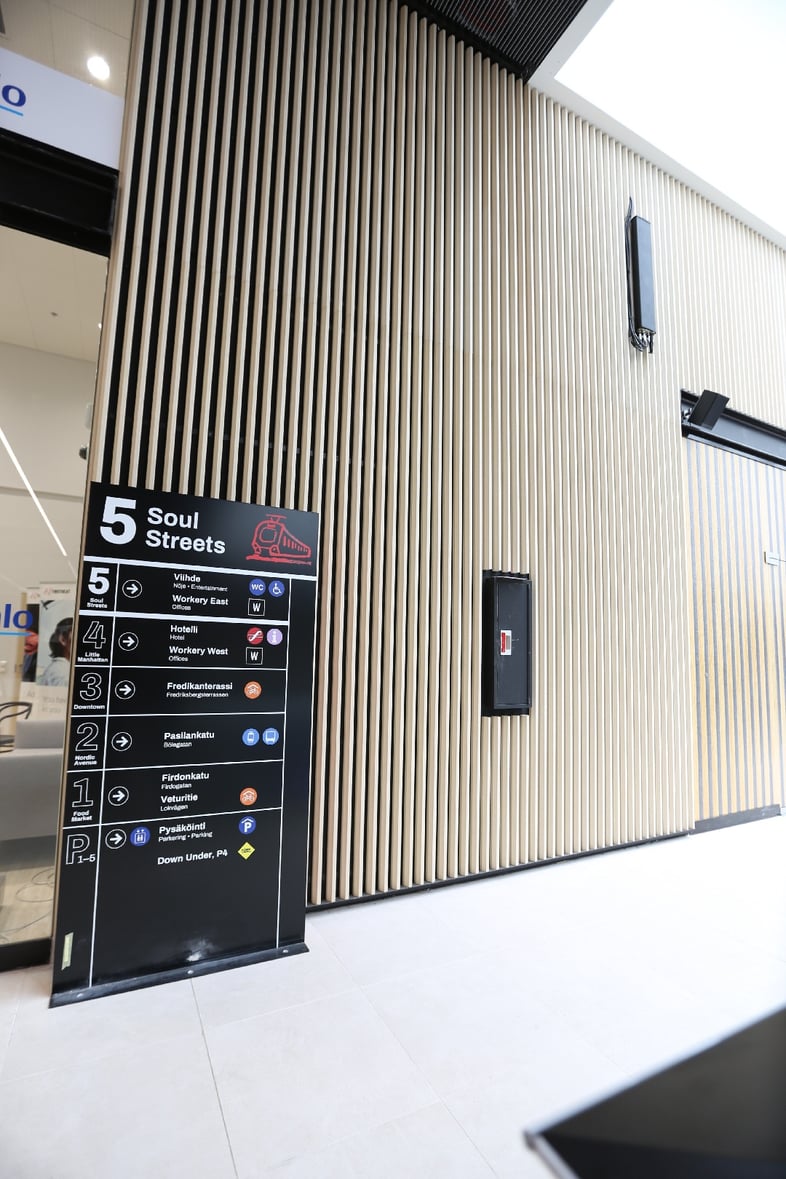 The installation of the interior cladding was a hectic project, which was also scheduled right in the middle of the summer holiday season. Despite the urgent nature of the project, an agreement was reached on the delivery schedule, and installation at the site proceeded quickly. Hermann´s Finland Oy was responsible for the installation project and designed the brackets used to attach the laths. “We prefer using pre-fabricated products in our projects, as they are easier to use. You just fix them with screws at the site,” says Karo Kymäläinen from Herrman’s

"In this project, the architect requested that we use lath elements from Puucomp. Luckily, we shared a clear idea of what the project needed. Thus, we were able to identify suitable materials together and adjust the spacing of the laths to match the client's vision and budget.” Alternate samples were produced in cooperation, which was then used to select solutions that were suitable to all parties: the architect, developer, and manufacturers/fitters.

The product is good and precisely what we wanted it to be. We are proud of our work, and we have received praise for the finish and appearance,” Kymäläinen sums up the project.

Lath shape is also significant in terms of acoustics 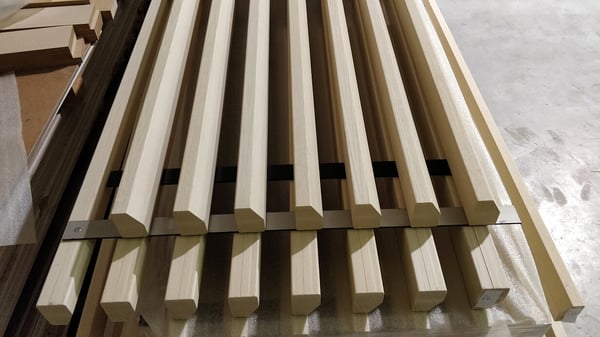 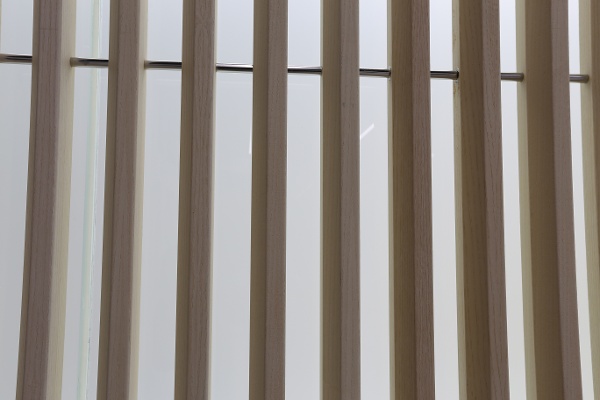 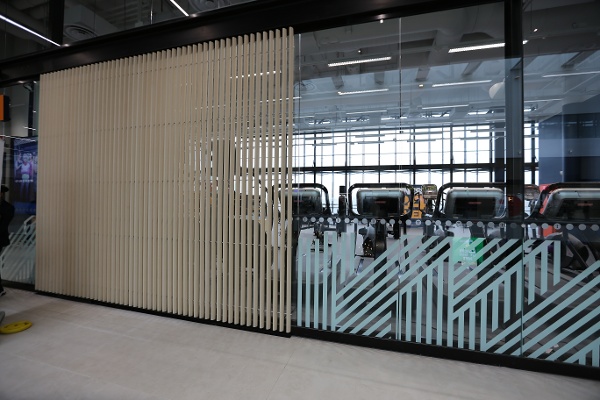 With Puucomp's advanced surface solutions, you can bring the authentic feel of wood to public spaces - in a fire-safe way. You are free to come up with ideas - we will find a high-quality solution for you. Oy Puucomp Ab - Nordic manufacturer and pioneer of surface materials since 1987. We also implement solutions that have never been done before.